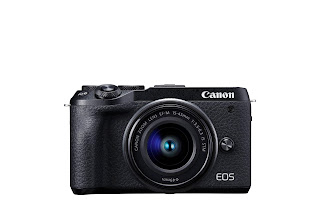 Canon has released firmware version 1.1.0 for the EOS M6 Mark II camera which incorporates the following enhancement and fixes:

1. The option to capture movies in the frame rate of 23.98p has been added.
2. Fixes the phenomenon where the focus position of the lens returns to the home position if the camera powers off due to the "Auto Power Off" setting during Interval Timing shooting.
3. Fixes the phenomenon in which, in rare cases, the camera may not autofocus at the edges of the image area.

The download also contains detailed instructions which should be followed to ensure successful updating.